We recognize that starting, relocating, expanding and running a business are complex processes that require a lot of time, effort and consideration. We’re here to provide insight and support as you navigate this process. Our team of experts will be by your side from initial interest to relocation and onward as you expand, providing hands-on, proactive support and direct and personal communication. We’re always here to help. 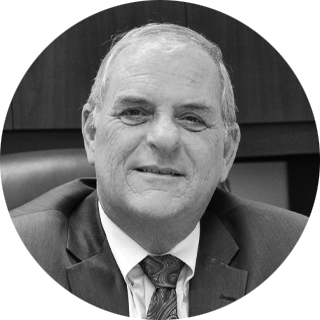 Bill Early is a proven leader with 33 years of economic development experience in North Carolina. Before joining the Brunswick BID team, Bill served as the longtime executive director of the Hertford County Economic Development Commission. During his tenure there, he led 64 business recruitment or expansion projects resulting in $1,164,653,305 in investment and 1,993 jobs. He also served as the county’s planning and zoning administrator from November 1996 until December 2017.

Ms. Lacy graduated from the University of North Carolina, Chapel Hill with a B.A. in Psychology. She worked as a coordinator and manager in the entertainment and sports industries for over a decade, then made the jump to the tech industry upon it’s rapidly growing presence in Southern California. Seeing the importance of funding for new businesses, she again shifted into Venture Capital with a firm that specialized in funding health and automobile technologies.

Ms. Lacy brings her experience and enthusiasm to Eastern North Carolina to assist Brunswick BID’s efforts to foster new businesses and community in the area.

Want to get to know the people who drive Brunswick’s economic prospects forward? Schedule a consultation today. We’re happy to talk all things Brunswick all day long — and we’ll help you see why our area is ready for your next business opportunity.

WHAT OUR CLIENTS SAY ABOUT US

Whatever your needs, we’re here to help make it happen. Our development team will be with you every step of the way, from selecting your next site, creating a talent pipeline, and working with local governance to move your project forward. Here’s a look at what our clients have to say about partnering with our team.

“EVERY TIME WE NEEDED HELP, THEY HELPED.”

“[BBID] helped us with site selection and getting the word out that we needed to find a new home. They made it easier for us to work with landlords by putting in a good word for us. They helped us when we needed a certificate of occupancy when our landlord delayed. Every time we needed help, they helped. They checked in on us from time to time as well when we were silent to make sure we were still on track.”

“We made the selection [to choose Brunswick County] strictly on the basis of space available and ability to expand for future needs. At that point we did not realize all the support that would be made available and how diligently [BBID] would offer support to our nascent organization. We have grown from less than thirty employees to over seventy presently.”

“I was expecting Brunswick County to be similar to many rural counties in the US where the level of sophistication and support in some areas may be lacking or inconsistent. To the contrary. Brunswick County has surprised me with the knowledge, experience and professionalism that really makes a difference for our business when we need their help.”

“BRUNSWICK COUNTY HAS SURPRISED ME.”

Learn More About our Partners

Find out how Brunswick’s location and resources can help you unlock your potential.

GET TO KNOW US